What is VoIP, and how does it work?

Business VoIP Phones, How do they work?

By now, you've heard about VoIP, which is short for Voice over Internet Protocol. Originally launched on the Internet in 1995, it's an understatement to say that VoIP has changed the way we communicate.

In this guide, we'll explain how VoIP phone systems work, including all the ins and outs about making phone calls over the Internet.

Even if you consider yourself a beginner or a seasoned business leader, you'll learn everything you need to know about internet phone service.

The average VoIP phone isn't that much different from the analog phone you currently have at your desk. VoIP phones look the same, and often have the same features, as the landline desk phones you're probably familiar with.

There are, however, some key differences that distinguish VoIP phones from other desk phones. This blog will give you a quick overview of how a VoIP phone works and how to use one.

What is VoIP, and how does it work?

VoIP stands for Voice over Internet Protocol. It refers to making phone calls that are made through the Internet, rather than through a regular landline or a mobile network. A VoIP system works by taking your analogue voice signals, converting them into digital signals, then sending them as data over your broadband line.

It's a very useful way of making calls - for a start, once it's set up it's a lot cheaper than using normal phone lines. It means that, depending on your setup, you may not have to pay for your phone calls based on distance, which country you're calling, or how much time you spend chatting.

Your VoIP system could be:

Some broadband and home phone providers offer VoIP as part of their services so that they may do things a little differently. It's the standard form of the phone line from a number of FTTP (fibre-to-the-premises) providers, for example, and VoIP is available as part of almost any business broadband or phone package. Either way, your provider will give you all the info you need.

Voice over IP, or VoIP, is short for Voice over Internet Protocol and refers to the transmission of voice traffic over an internet connection. Traditional telephony, known as the Public Switched Telephone Network or PSTN for short, works through physical phone lines, cable systems and networks and allows users to make landline and cellular telephone calls. IP telephony, however, is much more versatile and enables voice, data, and video to be transmitted to a variety of devices including smartphones, laptops, tablets and IP phones at a much lower cost.

There are a variety of applications and software communications systems that utilize Voice over IP to offer full-featured business communications solutions as well as internet telephony for personal use. Examples of such products include 3CX, which offers a company communications system integrating voice, video, chat and more. Most modern device manufacturers, like Apple, have integrated native IP apps into there smartphones, such as Apple FaceTime which provides call and video functionality.

The way it works

Not your ordinary telephone service

Because VoIP uses packets, much more information can be carried over the network to support and enhance your communication needs. In addition to traditional voice services, VoIP gives you access to advanced applications that can potentially help your staff be more agile and productive. VoIP solutions aimed at businesses have evolved into unified communications services that treat all communications-phone calls, faxes, voice mail, email, web conferences, and more-as discrete units that can all be delivered via any means and to any handset, including cell phones.

VoIP phones make and receive calls via the Internet. This means that they can use your office's Internet connection to connect to the telephone network. In other words, if your office is already wired for Ethernet, you do not need to invest in additional copper wiring to use your business phones.

In order to make phone calls, you will first have to register your VoIP phone to your account. This is the process of connecting your phone to your service provider so that they can communicate with each other. Some VoIP providers support IP phone booting for certain VoIP phones, which speeds up the phone registration process using a boot server.

The whole process of registering a phone will take you, or your IT staff, less than 30 minutes. Plus, there's no need to call the local phone company. Phones are active as soon as they're registered-no red tape.

Outwardly, you might not even tell the difference between a VoIP phone and another business desk phone. VoIP phones tend to have handsets, receivers, speaker locations, and button placements that make them physically indistinguishable from the business phones you currently employ.

VoIP phones use the same keypad as landline phones. The keypad comes with nine numbers, zero, and corresponding letters that enable alphanumeric input. If you've ever used a phone before, you've seen this keypad.

HD Voice offers at least twice the audio range of landline phone service. The spread for landline voice quality is 3.4 kHz (3400 Hz), but the spread for HD voice is 7 kHz (7000 Hz). In other words, the quality of your calls will be much higher using two VoIP phones than two traditional phones.

Many VoIP phones also support Power over Ethernet (PoE), which allows you to power the phone through a PoE switch instead of a power adapter. This reduces clutter on your desk and simplifies inventory management. It can also save you money, as power adapters are often sold separately from the phones.

On landline phones, each "line" corresponds to a phone number. Landline phones can juggle multiple calls among corresponding copper lines, and you switch between these calls with the line buttons (in the green rectangle above) on the phone. If you have five lines for your business, that means your phone can take calls from five different phone numbers.

VoIP phones, on the other hand, do not have "lines" in the traditional sense. Instead of being tied to a phone number, each 'line' on a VoIP phone is tied to a SIP address or user account. Depending on your phone model, your phone may be able to handle multiple user accounts simultaneously. This means you can take calls from multiple accounts and different phone numbers on your VoIP phone.

Chances are good you're already making VoIP calls any time you place a long-distance call. Phone companies use VoIP to streamline their networks. By routing thousands of phone calls through a circuit switch and into an IP gateway, they can seriously reduce the bandwidth they're using for the long haul. Once a gateway receives the call on the other side of the call, it's decompressed, reassembled and routed to a local circuit switch.

Although it will take some time, you can be sure that eventually all of the current circuit-switched networks will be replaced with packet-switching technology (more on packet switching and circuit switching later). IP telephony makes sense, in terms of both economics and infrastructure requirements. More and more businesses are installing VoIP systems, and the technology will continue to grow in popularity as it makes its way into our homes. Perhaps the biggest draw to VoIP for the home users that are making the switch are price and flexibility.

With VoIP, you can make a call from anywhere you have broadband connectivity. Since the IP phones or ATAs broadcast their info over the Internet, they can be administered by the provider anywhere there's a connection. So business travellers can take their phones or ATAs with them on trips and always have access to their home phone. Another alternative is the softphone. A softphone is client software that loads the VoIP service onto your desktop or laptop. The Vonage softphone has an interface on your screen that looks like a traditional telephone. As long as you have a headset/microphone, you can place calls from your laptop anywhere in the broadband-connected world.

Most VoIP companies are offering minute-rate plans structured like cell phone bills for as little as $30 per month. On the higher end, some offer unlimited plans for $79. With the elimination of unregulated charges and the suite of free features that are included with these plans, it can be quite a savings.

Most VoIP companies provide the features that normal phone companies charge extra for when they are added to your service plan. VoIP includes:

There are also advanced call-filtering options available from some carriers. These features use caller ID information to allow you to make a choice about how calls from a particular number are handled. You can: 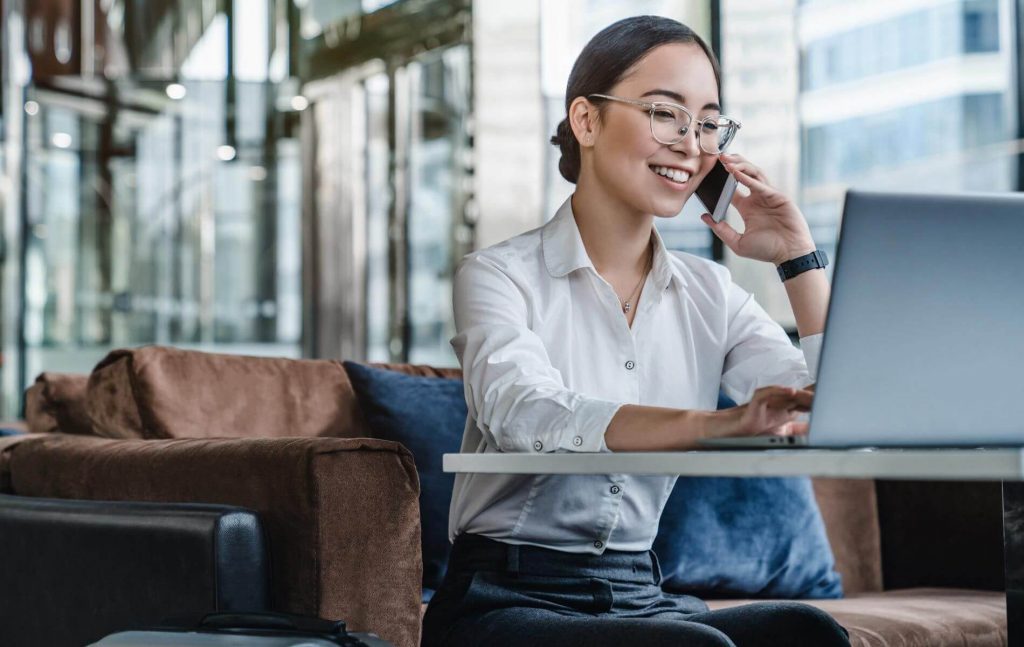 What are the benefits of Voice over IP?

VoIP can facilitate tasks and deliver features and functionality that might be cumbersome or costly to implement when using traditional PSTN.

Can I keep my old phone number?

It depends on your VoIP setup. Most specific VoIP providers let you port your old number over. Some, however, may require a new one.

For most VoIP apps and software, you'll need to register and sign in to your account, so a phone number isn't always necessary. As long as you can sign in on the app, your contacts can call you.

How much does it cost?

Again, it depends on your setup. VoIP calling app-to-app is almost always free; calling a landline or mobile number may cost a little; and other VoIP services, including those from Hyperoptic or business providers, require a monthly fee.

Should I get rid of my landline?

For the majority of providers, you need line rental to receive broadband anyway, so you may have no choice but to keep it.

If you rely on being able to make phone calls, ever have to call numbers not available through VoIP, or use features only available on landlines, it's worth keeping a landline around as a back-up. If you only make calls very occasionally, however, you could get away with having none at all.

Switching to VoIP might also help you save money on communications services. Long-distance and international calls are generally free with VoIP service. The only charge is for your internet access. Implementing VoIP doesn't mean that all your employees have to use IP-enabled phones. The best VoIP providers implement IP telephony in a manner that protects your investment in existing telephone equipment, even if you have analog telephone stations.

Not sure how to get started? Speak with a specialist now to get business tech help now.