Efficient, scalable, and affordable, cloud computing still stands out as the best solution for businesses in every sector. More and more entrepreneurs are moving to cloud computing to increase flexibility, productivity, and profitability. According to IBM, 51 % of IT executives have deployed a hybrid cloud strategy and 69 percent of businesses are already migrating their data to cloud-based storage.

Many companies, however, may be quickly jumping onto the bandwagon without fully understanding common cloud security concerns. And most importantly, how to best implement a cloud strategy that's tailored to specific business requirements. Without formal protocols and procedures in place, this could have devastating impacts on your operations and bottom line.

So what are the key considerations to look out for? This short-read has all you need to know about the data security challenges of cloud computing.

Although the adoption of cloud computing is on the rise, the security of sensitive business data remains a growing concern for many organisations. How then do businesses take advantage of cloud technology and ensure their sensitive data is safeguarded?

Below are the potentials Cloud Security risks: 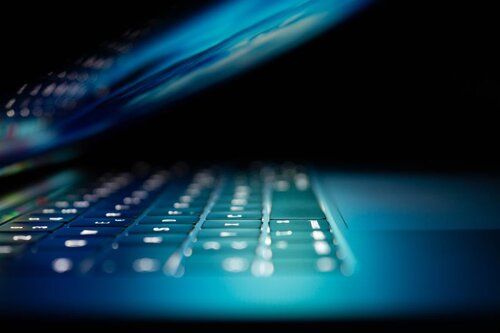 1. Data breaches - These are all too common in the modern world where hacking techniques have become more sophisticated. Compromised data can attract huge financial loss to a business as well as brand reputation that may be impossible to recover. Since most of the cloud computing services are offered by vendors, there is a need for an organisation to review the security measures put in place by service providers. This is to guarantee data security from any eventuality of unauthorised access.

2. Data loss - Loss of info can result from malicious attacks, deletion, or an unprecedented natural calamity wreaking havoc on servers run by the cloud service provider. A worst-case scenario is where there are no measures deployed to recover the lost information. To curtail such an eventuality, a sturdy network layer with proactive recovery systems should be implemented to recover lost data and protect it from intrusion.

3. Insecure access points - For multiple devices to access data from any location, they must interact with certain interfaces like API. Hackers can exploit existing loopholes and exploit them. Such vulnerabilities should be identified, and patches developed to seal the loopholes in the system. Also, a rugged firewall with an integrated encryption capability can help to protect systems against malicious attacks and suspicious traffic.

4. Notifications and alerts - Rather than reacting to a security breach in a cloud network, prompt network security should provide warning beforehand of any identified threat. On-time updates offer a chance to mitigate the threat before it is too late.

5. DDoS attacks - Similar to most web developers, cloud service providers can also be victims of Distributed Denial of Service (DDoS) attacks that restrict access to cloud servers. Depending on the costs and time necessary to get the network back to operation, a business can incur heavy losses. So your provider should have advanced security protocols in place. This is an effective way of hindering potential DDoS attacks.

6. Regulatory compliance - As cloud computing becomes widely recognised and a frontier in business operation, governments and authorities have established specific regulations to govern its operations. Laws have been enacted to create a regulatory framework that guarantees data protection and adherence to privacy policies. Your chosen service providers should comply with the set regulations to ensure streamlined operations.

7. Increasing productivity - One of the main benefits of moving to the cloud is enabling your staff to work anywhere at anytime. With instant access to files and applications for staff on the road or working remotely, productivity and retention will be positively impacted. Prior to your migration however, proper security strategies should be integrated into the design framework. This way, any problems associated with an ever-growing database can be mitigated.

8. Employees - Staff members could also be a crucial factor to consider before adopting cloud computing. Some of the risks include insider threats and the improper management of systems, thus leading to security threats. To prevent these scenarios from crippling your entire system, you should consider having restricted access and user permissions in place. By adding an extra layer of security from the inside, you're proactively ensuring that your business is not left in a vulnerable position.

9. Attacks - Malicious attacks on a cloud server or network can be in many forms. From malware, DDos, spyware, phishing attack, and ransomware, there is so much to consider before migrating to the cloud. Malicious programs can be injected into a cloud-based network to extract or damage sensitive information. Also, malware can be deployed to take control of data and servers, rendering them inaccessible.

10. Insecure Application Programming Interfaces (API's) - API's form an integral component that facilitates access to data, so they are a crucial consideration when shifting to a cloud network. When insecure, they may fail to authenticate the users of the cloud service effectively. An API may be prone to external intrusion, and unintended parties can access databases, customer information and application logs. Your preferred system should protect you from this, and all the other risks. 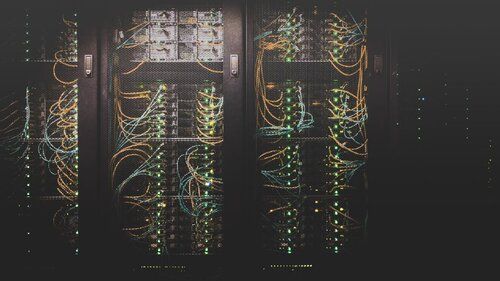 Stay ahead of the game

Cloud computing is a crucial factor that would impact your competitiveness and business success in Australia's current digital revolution. Whether yours is an established entity or just starting up, you can benefit from the new infrastructure by working us.

OK Kloud provides the basic foundations of Infrastructure as a Service and a working cloud computing system - efficiency, productivity, ensuring you are set for success. We can also help you focus on IT as your core business strategy, ensuring IT is scalable and contemporary.

By hosting your data on a private cloud, we can provide an effective and secure cloud solution that matches your business needs - you will have uninterrupted access to your data resources. This could eliminate the problems of onsite servers, cut unnecessary IT costs and improving workplace operations.

You do not need to invest in costly on-site data systems that require extra staff to manage. We can provide a cloud infrastructure tailored to fit your business needs while you concentrate on things that matter most - your business. With advanced backup systems and state-of-the-art technology incorporated in our cloud infrastructure, your data is highly secured from cyber-attacks and can be restored in the nick of time in case of disruptions. These represent just a section of the many reasons to became a partner.