Your business is unique. Just like your fleet of vehicles. Therefore, you need a flexible fleet management platform: a solution in terms of fleet management, vehicle telematics and connected car services that suit your Melbourne activities, vehicles, size, budget and location.

Stay connected to your assets with telematics solutions Fleet management solution for your fleet in Melbourne, Victoria

Are you looking for a fleet management solution in Melbourne that provides you with real-time information about the location of your vehicles? Do you also want to communicate directly with your drivers, dispatch jobs, improve driving behaviour and save on fuel? Our vehicle tracking and active driver feedback help you with this challenge in busy Australian cities.

Our Kloud Connect is our suite of IoT solutions, designed to help you unlock more value from your Melbourne assets with increased visibility and connectivity. Whether you're looking to improve the utilisation rate of your assets, reduce the administration workload required to locate them or simply comply with regulations, Our Kloud Connect can help.

Fleet management is an industry term used in reference to a broad range of solutions for vehicle-related applic­a­tions that help companies manage their Melbourne fleet of commercial motor vehicles, such as cars, vans, trucks and busses. We leverage the sophisticated power of our IoT connected devices and custom software to give you an unfair competitive advantage. We do this by offering end-to-end asset tracking that improves traceability and reduces losses across all types of assets and many different industries.

Our Kloud Connect is more than vehicle tracking

It's tracking for every type of asset - including non-powered assets, industrial assets, smart sensors and people - with easy software integration and artificial intelligence that enables real-time decision making. Now you can track where your Melbourne assets have been and monitor on-board diagnostic data, movement patterns, performance and operator behaviour.

Know where your Melbourne assets are at all times and get route recaps to tell you where they've been.

Our Kloud Connect works across all assets including vehicles, machinery, parts and even people. Fleet tracking has never been easier with Our Kloud.

Equipment is too big of an investment to not be generating a return.

Use Our Kloud Connect's asset data to determine which assets are being underutilised and take action to optimise usage achieving 100% utilisation. Know where your assets are at all times.

Reports are stored securely and easily shared with Our Kloud's asset tracking offerings.

You can keep accurate records, incident logs and proactively manage any driver risk. Ensure chain of responsibility with Our Kloud.

Base your resourcing decisions on accurate data, not opinion.

Our Kloud Connect presents you with all your data, including predictive figures and real-time alerts. Make data-driven decisions in real-time with Our Kloud's Melbourne asset tracking offerings.

Share your asset data with all your other systems via an open API, including ERPs, CRMs and more.

Reduce costs and optimise your spend

Complete asset visibility and remote monitoring are good for business.

Meet your health and safety requirements

Keep your assets and drivers safe and meet your compliance obligations with dedicated health and safety tools such as pre-journey checklists, safety checks and inspection reports.

Stay connected to all your assets Melbourne, Victoria

Explore the features of our fleet management system Melbourne, Victoria

Melbourne business owners with a fleet of vehicles have a huge challenge to stay in the vicinity of their drivers and increase the general efficiency of the fleet. Whether it's the commuters on the road, countless taxis and ride-sharing services, pedestrians crossing inter­sec­tions, one-way streets or parking issues, the barriers to produc­tivity are always there in Melbourne.

That's why we're here to gladly help you with optimal efficient solutions.

Always know where your Melbourne vehicles are. Register time, mileage and the location of each of your vehicles histor­ically and in real-time.

Our Kloud Connect can go beyond asset and vehicle tracking through our smart integrations and custom firmware development. Connect any smart sensor to our hardware devices to enable remote monitoring and reduce your reliance on expensive onsite inspections.

Each smart sensor is connected to your IoT platform allowing you to build real-time dashboards and create custom alerts for all of your Melbourne assets and sensors.

From tracking pest threats such as termites to soil moisture in crops, you can shift from reactive monitoring and maintenance to a proactive model, and benefit from true efficiency enhancing technology.

Cumbersome forms and paperwork can slow down your Melbourne business, especially in high compliance industries such as construction, mining, transportation and logistics.

The Our Kloud Connect platform allows you to replace paper forms with your own custom eForms and checklists. From pre-start checklists to incident reports, you can create and rollout digitised forms with ease.

Compliance is captured through sign on glass technology, allowing you to record proof of delivery, complete checklists and approve reports.

Reduce the impact of slow and costly paper forms and automatically sync submissions and approvals to all your key systems.

Centralise your most important data with easy integrations

Our IoT platform collects an enormous amount of incredibly valuable data. Combining this data with data from your other internal systems and tools enhances its value even more.

Connect to your other data sources using our API and create a centralised data hub that removes the problems caused by siloed information and disparate systems. Integrating your systems will enable a level of automation that wouldn't be possible with separate systems.

Our open API isn't restricted to a couple of systems. We'll work with you to create a custom integration that's tailored to your unique platform stack.

Spot opportunities and respond to risks with predictive insights

With more data being gathered from your Melbourne assets, it can be difficult to know where you should start when it comes to optimisation.

With in-built artificial intelligence, Our Kloud Connect analyses your data and surfaces predictions, recommendations and trends that help you make data-driven decisions.

Improve asset utilisation, dynamically optimise routes and mitigate risks that you didn't even know about.

We've intentionally designed our Connect solution to be as simple as possible. Most of our hardware is plug and play, and our software platform has been built with user experience in mind.

If you do get stuck, our team of Melbourne-based IoT specialists can help you connect your assets and understand the data that's being collected.

We're available by phone, email, chat, and if you need some more hands-on support, we have a network of auto-electricians all over Australia who are available to help.

A Hardware Option for Every Asset 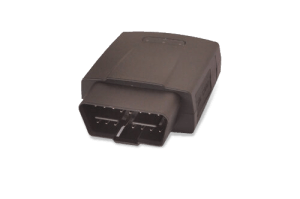 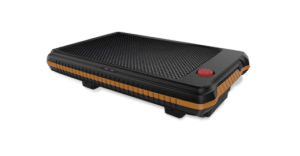 Ideal for outdoor assets without a usable power supply. 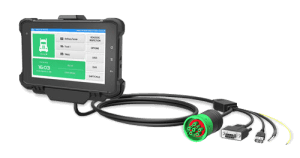 Android powered all in one fleet management tool. 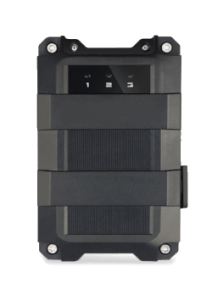 Ideal for moving assets without a power supply. 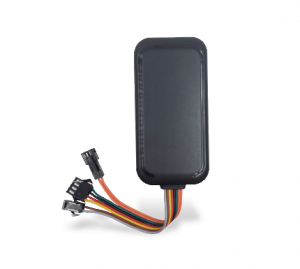 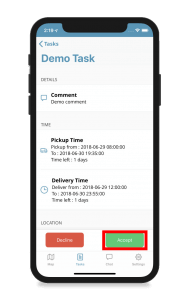 Turn any smartphone into a task management and tracking tool. 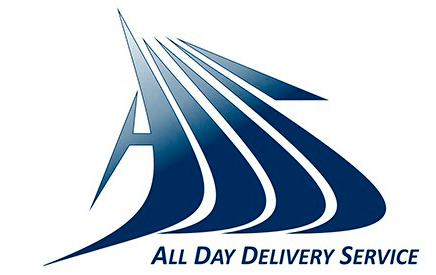 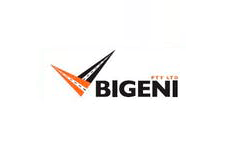 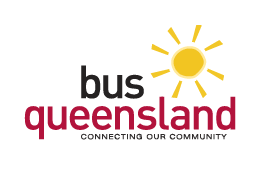 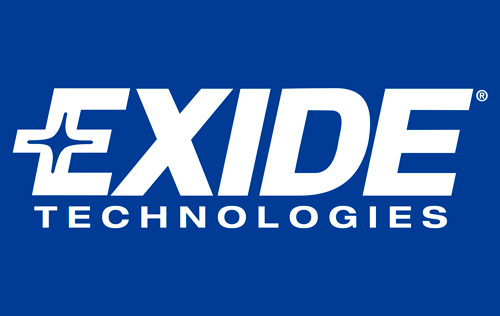 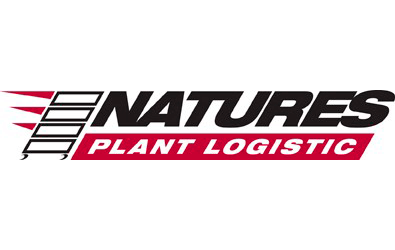 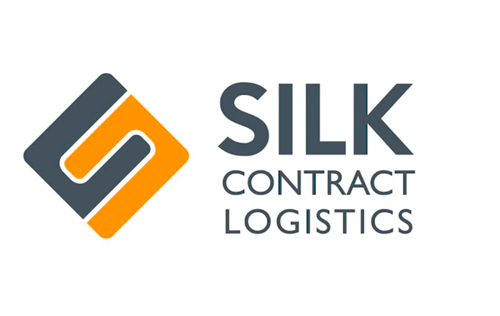 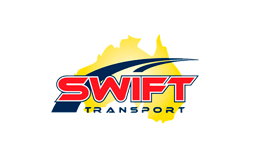 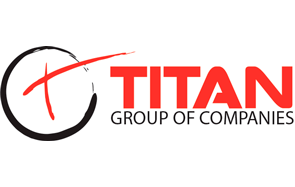 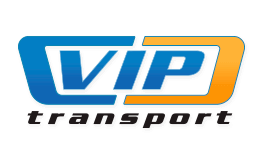 A combination of the words telecommunications and informatics, it was the joining of these two sciences that resulted in the field of telematics.

In its broadest sense telematics actually includes the internet itself, since it combines telecommunications (phone lines, cables, etc.) with informatics (such as computer systems). However, the term is now more commonly used to apply to vehicle telematics, where vehicle location information is used in different business applications to ultimately help business owners better manage a fleet-based workforce.

The technology allows the sending, receiving and storing of information relating to remote objects (in this case, the vehicle) via telecommunication devices that plugs into the OBD II or CAN-BUS port, with a SIM card and onboard modem enabling communication through a mobile network. This smart device, also known as a 'black box' then records and reports on various points of available data. There are many who believe, however, that telematics simply shows GPS vehicle location - this does not begin to cover the breadth of actionable intelligence that telematics provides.

Telematics is a translation of the French word télématique which was first coined by Simon Nora and Alain Minc in a 1978 report to the French government on the computerization of society. It referred to the transfer of information over telecommunications and was a portmanteau blending the French words télécommunications ("telecommunications") and informatique ("computing science"). The original broad meaning of telematics continues to be used in academic fields but in commerce it now generally means vehicle telematics.

What is Telematics in a car?

At its core, a telematics system includes a vehicle tracking device installed in a vehicle that allows the sending, receiving and storing of telemetry data. ... The telematics data captured can include location, speed, idling time, harsh acceleration or braking, fuel consumption, vehicle faults, and more.

In its broadest sense, telematics is the joining of two sciences-telecommunications, a branch of technology including phone lines and cables, and informatics such as computer systems. Today, the term is commonly used in reference to the telematics solutions utilized in commercial fleet vehicles.

According to Gartner, wireless telematics devices and "black box" technologies collect and transmit data on vehicle use, maintenance requirements and automotive servicing. A popular option for modern companies is to utilize fleet management software, which is a branch of telematics, to coordinate the vehicles they manage and gain a comprehensive view of the health, profitability and productivity of their entire fleet.

What are telematics services?

Telematics is becoming an increasingly popular subject and has been widely discussed on technology-related websites. Although the term itself appears to be generally known, in fact there are not many comprehensive explanations of this issue. Therefore, we should properly organize the knowledge about this field and dispel certain myths.

What telematics actually is?

What are its potential uses?

Which sectors of the economy can gain the most from it?

From the commercial perspective, telematics is generally used as a synonym of vehicle telematics. This is because of the broad applications of telematics solutions in the automotive industry. The most popular applications of telematics include car concierge systems, onboard connectivity services, insurance based on driving behavior or fleet management services. The last term refers to the use of new technologies in order to efficiently manage and monitor the operations and location of various types of utility vehicles and identifying their status.

Telematics systems designed for fleets enable the exchange of information between a central location and the individual fleet vehicles such as trucks, ambulances, municipal vehicles or school buses.

Ostensibly, telematics is a field dedicated only to specialist industries and specific target groups. In fact, almost each and every one of us can benefit from telematics. Sounds incredible?

Imagine that a smart computer in your car is capable of analyzing everything that is happening all around you. From speed and fuel efficiency to tire pressure - everything can be tested and reported via specific systems connected with your vehicle.

Having this data and enhancing it with such information as weather, road or traffic conditions, we are able to create systems that not only save time and money but also can save the lives of many people.

How do telematics systems work?

Telematics systems perform a range of functions by gathering vehicle location and activity data, and turning this into business insight. Telematics works by: