Already live in a handful of areas across Australia, 5G is the next generation of high-speed mobile data. Optus and Telstra have already switched on 5G in some areas, and are currently on an expansion program to cover the whole country. It's expected that Vodafone's 5G network will go live in 2020. 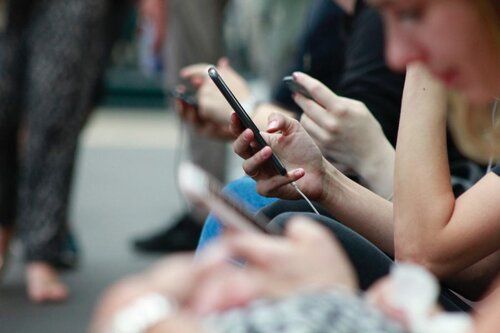 The 5G network harnesses a new technology known as the millimeter wave (mmWave) for super-fast data speeds. Despite the benefits and convenience this technology promises (for both businesses and consumers), many are still sceptical of the health risks it may cause.

Is 5G safe? This is a question that lingers in the minds of many, particularly those that spend a lot of time online via the wireless network. A big health concern people have is whether the network's radio frequency (RF) radiation will cause the growth of cancerous tumours.

5G is the new network technology that follows the 4G LTE (Long Term Evolution).  While 4G LTE operates up to 6GHz, 5G is capable of handling anywhere between 30GHz and 300GHz - essentially, a leap in speed and making data transfer comparatively faster.

Similar to the 4G network you might be connected to right now, concerns like the equipment you are using to connect, network congestion, and strength of the signal will also affect the 5G network.

You'll definitely want to upgrade when you hear this: according to Optus, its 5G home wireless service has achieved an average download speed of 100Mbps and peak download speeds of 295Mbps.

Meanwhile, Telstra has achieved speeds of 1,200Mbps (1.2Gbps) at its offices in the city on a Galaxy 510 5G. However, this was the only device connected to the network at testing time. Meaning that when network congestion occurs during high demand period, the speed can be slightly lower.

Free Guide: Everything about NBN & 5G

What 5G Dangers Is The Internet Claiming?

Many Australians are currently worried about the 5G network's 'cost' on public health, but is there really cause for concern?

The fear for 5G followed a Change.org petition that called for the postponement of the 5G network rollout. It called on the Senate to launch an inquiry to review the safety of 5G frequency in phones.

5G network relies on RF to transmit and receive data. RF radiation is a form of electromagnetic energy consisting of waves of both magnetic and electrical energy moving through space.

Mobile phone radiation is at the lowest end of the electromagnetic spectrum, meaning they are safer than high-energy radiations such as gamma rays and X-rays.

RF radiation has lower energy. The energy it has is only enough to vibrate or move atoms in a molecule, but cannot ionise it. But really, what does that actually mean? RF radiation cannot damage DNA and hence it cannot cause cancer. Sounds encouraging.

With So Much Flying Around In The Air, What About Other Wireless Networks?

In a study conducted by the National Toxicology Program (NTP), lab rats were exposed to high 2G RF radiation and 3G RF radiation, and was later found to have developed cancerous tumours. Although the results are alarming, the level of radiation during the study was much higher than the normal exposure level during phone usage.

In the last two decades, scientists have conducted a large number of studies to establish whether there's any health risk associated with mobile phone use. Many of these studies have tried to find a link between mobile phone use and the cancers of the brain and head including acoustic neuroma, glioma, and meningioma.

All the studies we've found so far have not shown any clear evidence of a relationship between cancer and mobile phone use. That's a relief, right?

To put your worries completely to rest, the U.S. Food and Drug Administration (FDA) noted that the current RF radiations from mobile phones are within acceptable safety limits. The NTP and the U.S. Environmental Protection Agency have also not classified RF radiation as carcinogenic.

All this means is there's nothing to suggest 2G, 3G, 4G, and 5G RF radiations are a significant health risk. Phones are safe to use and you should be thinking of switching to 5G soon!